High Five Events announces the first round of accepted elite runners for the 2018 Austin Marathon®. Runners not accepted into the Elite Athlete Program are still invited to run in the Elite Field. The Elite Athlete Program’s focus is to provide a clean and competitive environment, discover emerging marathon talent, and help the existing talent pool reach Olympic standards. The Program’s Year Two prize purse totals $20K with $15K for the marathon and $5K for the half marathon.

The first round of 2018 marathoners include:

The first round of 2018 half marathoners include:

“I’m really looking forward to being back in Austin for the 2018 Austin Marathon,” said defending champion Thorne. “High Five Events did a phenomenal job with the event in 2017 and I’m interested to see what they have in store for everyone this year.”

Applications are arriving daily and more than 50 have already been submitted. The second round of athletes will be announced in a few weeks. Applications are still being accepted and elite marathoners can apply on the Austin Marathon’s website. Athletes that meet the program’s standards and are accepted will be given one comp entry to the 2018 Austin Marathon or half marathon, reimbursement eligibility, and standards bonuses.

“Re-launching the Elite Athlete Program added another layer of excitement on February 19, 2017,” said Jack Murray, co-owner of High Five Events. “The continued growth of this program is a focus of ours and doubling the prize purse and the new course will attract even more runners for 2018.”

The 2018 Austin Marathon® Elite Athlete Program application process is now open. In its second year since being reintroduced, the Elite Athlete Program focuses on creating a field of elite male and female runners with a competitive nature and discovering emerging marathon talent while helping the existing talent pool reach Olympic standards.

The 2018 Elite Athlete Program’s $20,000 prize purse is twice as much as last year’s total and will include prize money for the half marathon. The marathon prize purse will total $15,000 and award the top five male and female finishers while the half marathon purse will total $5,000 and award the top three male and female finishers. Athlete’s applications will be accepted on a rolling basis until December 31, 2017.

“The Austin Marathon is a world-class event,” said Thorne. “A scenic, yet challenging course through a host city that captivates all who visit is but one of the many reasons I’m looking forward to coming back to take part in the 2018 Austin Marathon. Outstanding staff with wonderful volunteers provide full support from start to finish – which truly places the entire event into a class second to none.” 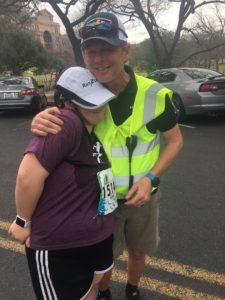 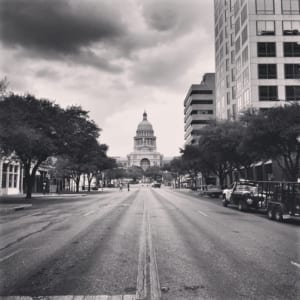 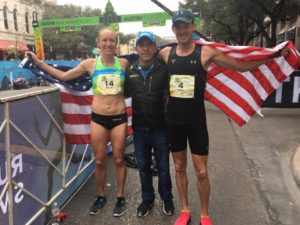