2019 Austin Gives Miles, the Official Charity Program of the Ascension Seton Austin Marathon® presented by Under Armour, raised $1,187,000. The 36 Central Texas nonprofit organizations accepted into the program worked tirelessly to exceed the program’s fundraising goal. They also increased awareness for their organization and recruited race weekend volunteers. Lance Armstrong, charity chaser, was the final participant to cross the Austin Marathon start line. He elevated the program’s profile, helped surpass the $1 million fundraising goal, and passed all but 59 marathoners (3:02:13).

“We were proud to be an Austin Gives Miles Official Charity and use Back on My Feet’s connection with running to raise more than $20,000,” said Scott Merritt, Back on My Feet Austin Chapter Director. “We love seeing the program’s continued growth and the Austin Marathon’s ability to positively impact more Central Texas nonprofits.”

For the fourth year in a row, Austin Gives Miles was the beneficiary of a grant from The Moody Foundation that matched donations for each organization, up to $10,000. The 2019 grant totaled $252,819, bringing their four-year grant total to $963,044. The money raised significantly impacts Central Texas and the communities the charities serve. Learn more about Austin Gives Miles and how your nonprofit can get involved. The application process is open for nonprofits interested in being involved with 2020 Austin Gives Miles.

“Raising $1,187,000 in yet another record-breaking year shows the generosity and giving spirit of the running community,” said Carly Samuelson, Austin Gives Miles Charity Manager. “We wouldn’t have reached our goal if it weren’t for the everyday runners who gave their miles, the Moody Foundation for their gracious matching grant, and Lance being an amazing charity chaser.”

The Austin Marathon will celebrate its 29th year running in the capital of Texas on February 16, 2020. Austin’s flagship running event annually attracts runners from all 50 states and 30+ countries around the world. Having start and finish locations just a few blocks apart, being within walking distance of many downtown hotels and restaurants, and finishing in front of the picturesque Texas State Capitol makes the Austin Marathon the perfect running weekend destination. Participants can register for the Austin Marathon, Austin Half Marathon, or Austin Marathon 5K beginning June 1st. 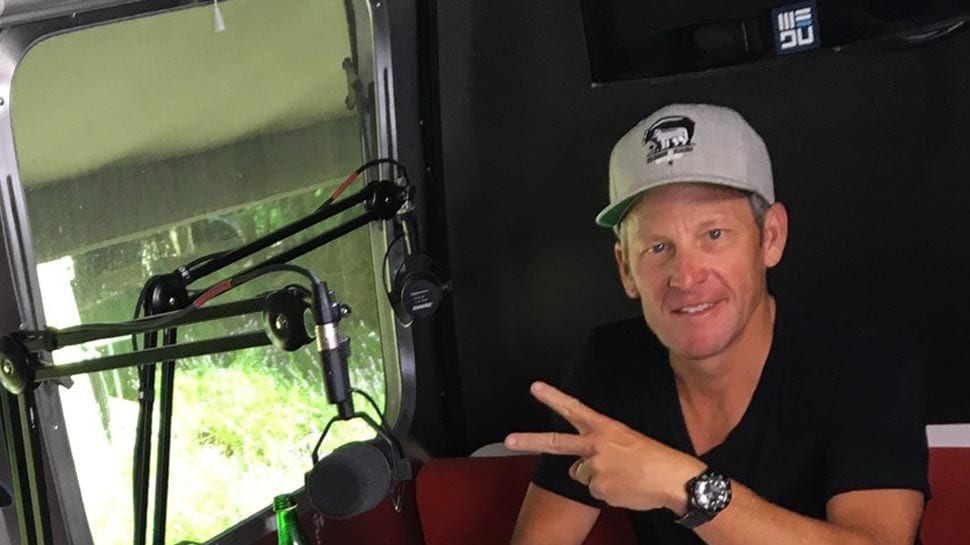 “I’m honored to be the Charity Chaser and help Austin Gives Miles surpass it’s $1 million goal,” said Armstrong. “Training for the Austin Marathon has begun and I’m ready to amplify the positive effects Austin Gives Miles and its official charities have on our community.”

Lance Armstrong is an Austinite, philanthropist, cyclist, and an avid runner. He is founder and owner of WEDŪ, a content destination designed to provoke and equip people to embody an endurance lifestyle. Armstrong hosts two podcasts: The Forward, which features down to earth conversations between Armstrong and a myriad of personalities; and THEMOVE which offers listeners a rare, insider’s perspective on the world’s most iconic cycling races. WEDŪ also produces endurance cycling events Texas HŪNDRED and Aspen FIFTY. Armstrong has completed numerous marathons, half marathons, and triathlons.

The Austin Marathon will celebrate its 28th year running in the capital of Texas in 2019. Austin’s flagship running event annually attracts runners from all 50 states and 30+ countries around the world. Having start and finish locations in the heart of downtown Austin puts participants and spectators near all the action and within walking distance of restaurants, hotels, and shops. Finishing with the picturesque Texas State Capitol as your backdrop is icing on the cake for the perfect running weekend destination. Registration is open.

The Austin Marathon® is proud to present Camp Kesem – University of Texas with a donation of $3,195. Camp Kesem is receiving this donation because they won the month-long Austin Gives Miles social media contest that determined Ricky Doyle, Spectrum News Austin Sports Director, would run the marathon on behalf of their organization. Austin Gives Miles is the Official Charity Program of the Austin Marathon. The check presentation will take place on Tuesday, March 27th, at 10:30 a.m. in front of the University of Texas Tower near Mile 13 of the new Austin Marathon course. 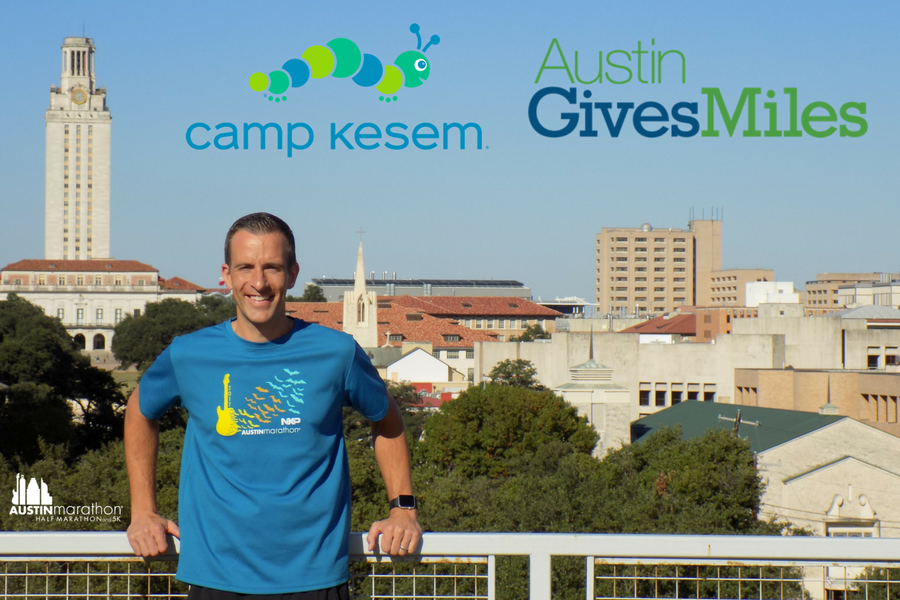 On February 18th, Doyle was the final marathoner to begin the Austin Marathon and finished in 310th place. Race day weather was ideal and Doyle finished his debut marathon in 3:35:44, earning $1.00 for every marathoner he passed. Doyle was the fourth Charity Chaser and was outstanding in increasing awareness for the Austin Gives Miles program. In addition to earning $3,195 for Camp Kesem, Doyle also raised $3,233 through his personal fundraising page and $256 by asking others to donate one penny to their favorite Austin Gives Miles charity for every marathoner he passed. This brings Doyle’s total 2018 Austin Gives Miles financial contribution to $6,684.

“I’m so thankful High Five Events allowed me to be this year’s Austin Marathon Charity Chaser,” said Doyle. “Once I got to know the Camp Kesem leaders, it was inspiring to see what they do and their dedication and passion for the camp. When the marathon got tough in the final miles, knowing I was running for such a great cause helped me keep pushing.

“On behalf of all of the charities in the Austin Gives Miles program, we applaud Ricky for his dedication, thank him for his generosity, and congratulate him on his incredible performance at the 2018 Austin Marathon,” said Carly Samuelson, Austin Gives Miles Program Coordinator. “We are honored Ricky ran his debut marathon in conjunction with Austin Gives Miles and worked tirelessly to raise funds and spread awareness.”

The Austin Marathon will celebrate its 28th year running in the capital of Texas on February 17, 2019. Austin’s flagship running event annually attracts runners from all 50 states and 30+ countries around the world. Having start and finish locations just a few blocks apart, being within walking distance of many downtown hotels and restaurants, and finishing in front of the picturesque Texas State Capitol makes the Austin Marathon the perfect running weekend destination. Participants can register for the marathon, half marathon, or 5K beginning June 1st.