High Five Events is excited to announce the partnership between the 2017 Austin Marathon® presented by NXP and Rickshaw Boots. As the Official Boot and Dress Belt, Rickshaw Boots will produce Austin Marathon-specific belts for marathon and half marathon finishers; the perfect accompaniment for their belt buckle-inspired finisher medal.

“When designing the finisher medal, we wanted something our finishers would be proud of while having a fashionable way to showcase their achievement,” said Jack Murray, co-owner of High Five Events. “Rickshaw Boots’ high-quality belts will be the perfect match to every participants’ gorgeous finisher medal.”

Rickshaw Boots, an Austin original, brought together a combination that has long been a staple of the Austin culture, boots and flip-flops. In doing so, they’ve created a line of products that relate directly to the culture of Austin. Their belts will be available for purchase online before race weekend, at the expo, on race day, and on the website post-race. You can shop at their Original Vintage Airstream Trailer on 3rd and Congress.

“We are very grateful for the opportunity to be Austin Marathon’s Official Boot and Belt Sponsor,” said Alvie Faulkenbery, Founder of Rickshaw Boot & Flip-Flop Co. “We got really excited about designing a high-quality leather belt that would play a nice complement and give participants a way to show off their accomplishment year-round.”

The Austin Marathon will celebrate its 26th year running in the capital of Texas. Austin’s flagship running event annually attracts runners from all 50 states and 20+ countries around the world. With start and finish locations just a few blocks apart, and within walking distance of many downtown hotels and restaurants, the Austin Marathon is the perfect running weekend destination. Participants can register for the marathon, half marathon, or 5K. 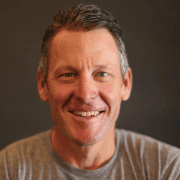