High Five Events is thrilled to announce that Planet Sub Austin will be the Official Sub Sandwich of the 2017 Austin Marathon® presented by NXP. The multifaceted partnership with Planet Sub Austin, a runner friendly downtown sub shop, will have a significant impact on race weekend, positively affecting runners, volunteers, and event production.

“Even though this is Year One of our partnership, Planet Sub Austin has really stepped up and put their mark all over the Austin Marathon,” said Jack Murray, co-owner of High Five Events. “They’re playing an integral role in race weekend and cementing their status as a runner-friendly downtown restaurant.”

Planet Sub Austin has become known as a runner-friendly restaurant and this partnership further solidifies this label. On race weekend, Plant Sub Austin will provide use of their space for load-in and load-out, allow FloSports to set up a command center for their live-stream coverage, and feed thousands of volunteers. Planet Sub Austin, located at 906 Congress Ave., is well-known in Austin for their bread that’s made from scratch daily, fresh produce, and uncommon combinations of their delicious subs., 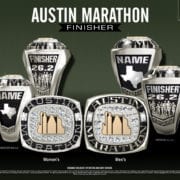