Erica began running and discovered a better life, both physically and mentally 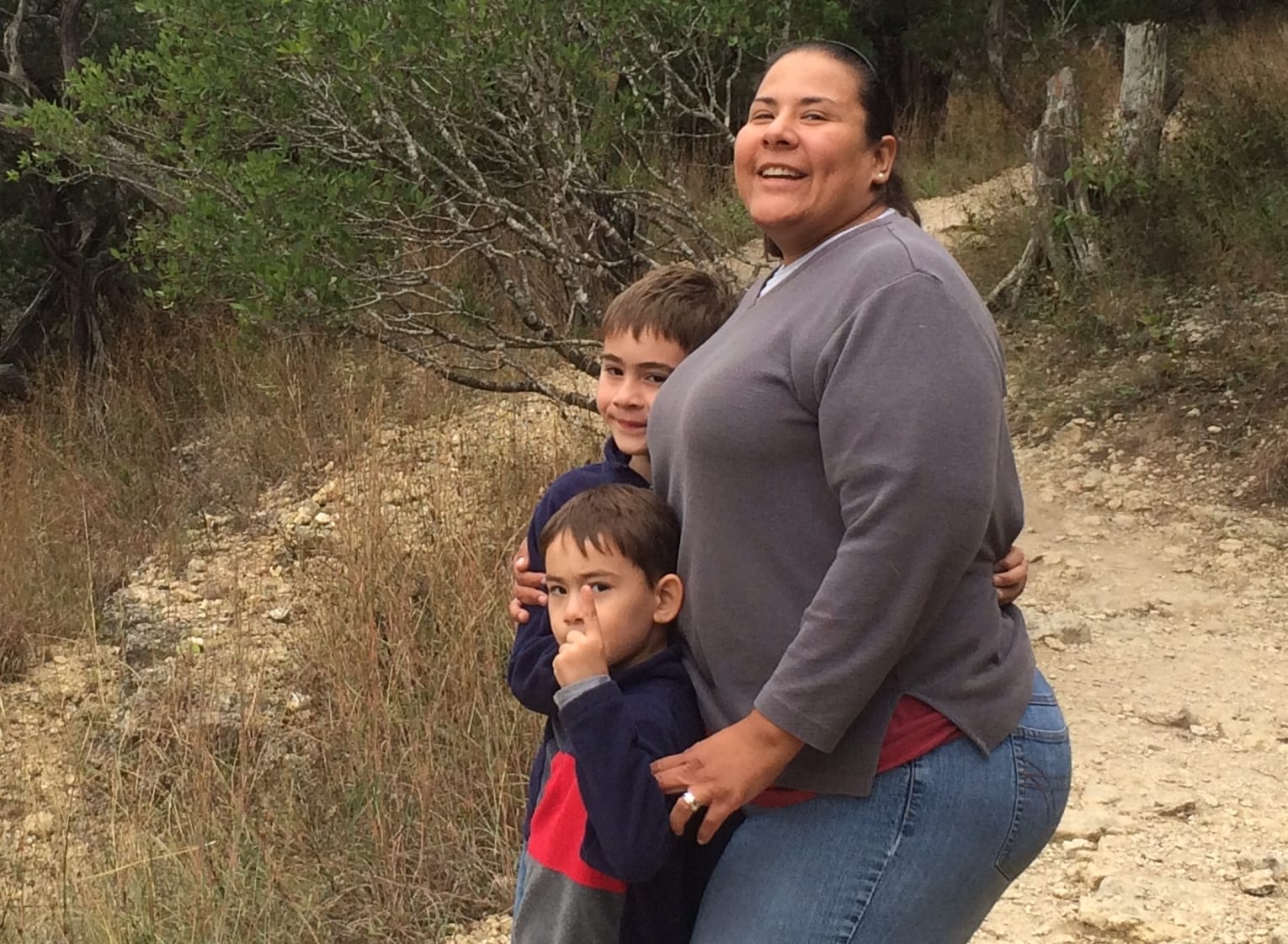 Erica with her kids before she made the decision to better her life through running.

Running’s physical and mental benefits are well-known. Yet many are reluctant to run for one reason or another. Erica Richart talks about the many reasons why she didn’t run in her edition of My Running Story. She talks about wanting a better life, but nothing ever seemed to work for her. Read about the experience that seemingly made everything click for her. Erica’s journey hasn’t been easy, but with the support of her group and the running community, she’s created a significantly better life.

Hi there! My name is Erica. I’ve struggled with my weight since adolescence (eight years old). At my peak, I weighed 320 lbs. I’m pretty sure I went higher, but after seeing that number I dug my head in the sand. After two high-risk pregnancies with gestational diabetes, I developed type 2 diabetes. Over the years I tried every diet you could think of. I tried personal trainers and fitness camps. The result was always the same – I’d lose 30-50 lbs., then gain back 40 lbs. I tried C25K (Couch to 5K) so many times because my husband enjoyed running and I tried to like it as well. I hated it and couldn’t help but be reminded of my school days and collecting popsicle sticks for each lap (I was always last).

More time went by and the only activity I could bring myself to do in a public setting was Zumba. February 2017 was a game-changing time in my life. Something clicked after an embarrassing moment that involved burpees in front of a group at my kids’ school event. It brought to me to all these feelings but something clicked. The next day I asked my husband if he would join me in figuring out my health. (At this time I was 280 lbs.) After losing 15 lbs. I decided to give C25K one more shot (after more than a dozen failed attempts). 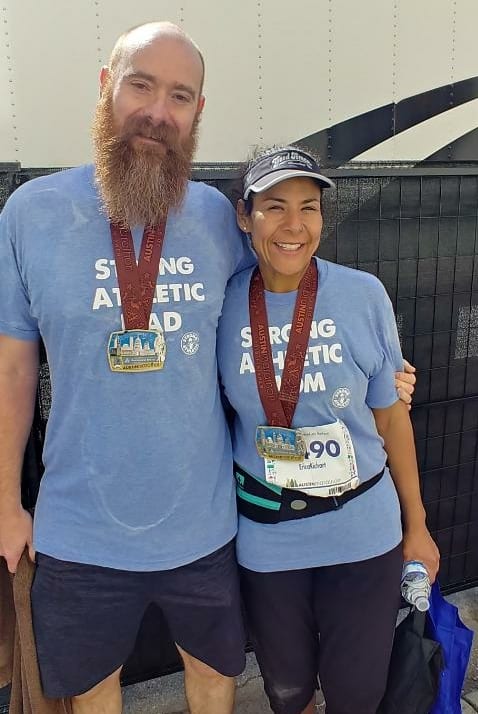 Erica and her husband after finishing the 2019 Ascension Seton Austin Marathon.

In June 2017, I ran for five minutes without stopping. By the end of July I ran my first mile. Reaching the mile was huge in my world because I had built up a mile as if it were a marathon ?. By December 2017, I completed C25K successfully! A few months later I ran my first race, Texas Ragnar relay (March 2018). After that, I completed my first half marathon in San Antonio (April 2018). I caught the running bug and by July I hit a huge milestone – 100 lbs. down! After the half marathon, my husband and I were determined to continue running. We kept training for no event in particular. We needed more support for what we were planning……. a full marathon.

Building a better life with the help of the running community

I was terrified to join a group; I still didn’t feel like a real runner. The group at Round Rock Fit is awesome. Truth is that the running community is absolutely amazing and super encouraging. There was a wide variety of people that had many years of experience, including Boston qualifiers newbies (like myself). It was super encouraging. The 2019 Austin Marathon was a life-changing experience for me. I learned on that course and throughout my training that I’m much stronger than I ever knew. Running, while I hated it at the start, has become so centric to my life. I’ve learned to love the lessons it teaches like running your own race, there are no shortcuts, building mental toughness, and the joy in just embracing the suck.

My Running Story is a series of blog submissions from runners just like yourself. They submitted their inspirational running stories as part of a contest to win an entry of their choice to the 2020 Ascension Seton Austin Marathon. Their stories range from crossing their first finish line to drastic lifestyle change due to running. Everyone’s story is different and unique, impacting them in a specific way. While each story is specific to the author, everyone can resonate in some form or fashion because of the power of running. Other My Running Story submissions include Kayleigh Williamson, Kirsten Pasha, Michael Coffey, Samantha Santos, and Tom Hamann.

Austin Marathon Prepares for One of the Largest Event Weekends

Thankful for Being Given the Opportunity to Run Again

Running in the Rain: 7 Tips That’ll Make it More Fun

Marathon Grows to $48.5 Million in Economic Impact
Scroll to top