Austin Marathon race week actually began on Friday, Feb. 8th, when the Austin Marathon presented several screenings of Skid Row Marathon, an award-winning documentary. There were two Q&As with the producers, Gabi and Mark Hayes, and one of the inspirations of the film, Judge Craig Mitchell. Under Armour will keep the party going during race week, demoing their HOVR shoe line at group runs hosted by various Austin running clubs. Their activations will culminate in the UA HOVR Shakeout Run on Friday, Feb. 15th. There are several official post-race parties where runners can keep the good times rolling after the finish line festival.

The two-day Austin Marathon Health & Fitness Expo (Feb. 15th – 16th) will feature more than 100 vendors, Official Austin Marathon Under Armour gear, and interactive activations. Some of these include: the Austin Marathon’s 1972 Winnebago, Ascension Seton’s sport medicine van, Carvana’s DeLorean, several photo booths, Mr. Peanut and the Planter’s NUTmobile, and various food samplings. Participants can get stretched, a quick massage, or taped for race day at several locations. They can also meet the Austin Marathon pace team and watch the course preview on the Jumbotron.

“The collective buzz during Austin Marathon race week has us excited to support numerous community engagements alongside some of the most influential groups in town,” said Ari Perez, Fleet Feet Austin’s Operating Partner. “The Eastside Beer Runners, RAW Running, and the UA HOVR Shakeout Run will offer runners opportunities to further connect with the community, all culminating in the weekend’s expo, races, and post-race fun.”

Saturday, Feb. 16th, is once again highlighted by the Manzano Mile presented by Dole, named for Leo Manzano, Austin Marathon Ambassador and Olympic silver medalist. Elites will race for a $6,000 prize purse, children will run in the Future Milers of America heat, and families will complete the untimed mile together. Also on Saturday is the newly added Raise Riders Family Bicycle Weekend. The inaugural event is presented by woom bikes USA and Buddy Pegs Media. There are two free children’s bike rides during the Manzano Mile. Families will enjoy family-friendly group rides, woom bike demos, Buddy Pegs Bicycle Playdates (for children 6 and under), author readings, raffles, bicycle scavenger hunts, and more.

Austin Marathon Honored as a 2018 Champion of Economic Impact 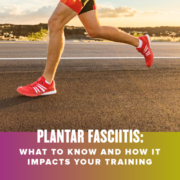 Plantar Fasciitis: What to Know and How It Impacts Your Training 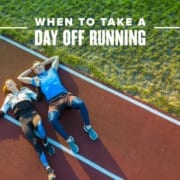