Sandy Williamson submitted My Running Story’s first entry. However, the story isn’t about her. It’s about Kayleigh, her daughter and the first runner with Down syndrome to cross the Austin Half Marathon finish line. Kayleigh’s health was trending in the wrong direction. She was faced with a difficult task, one she is still working towards today. Read how Kayleigh has greatly improved her health and is putting her mark on the world. 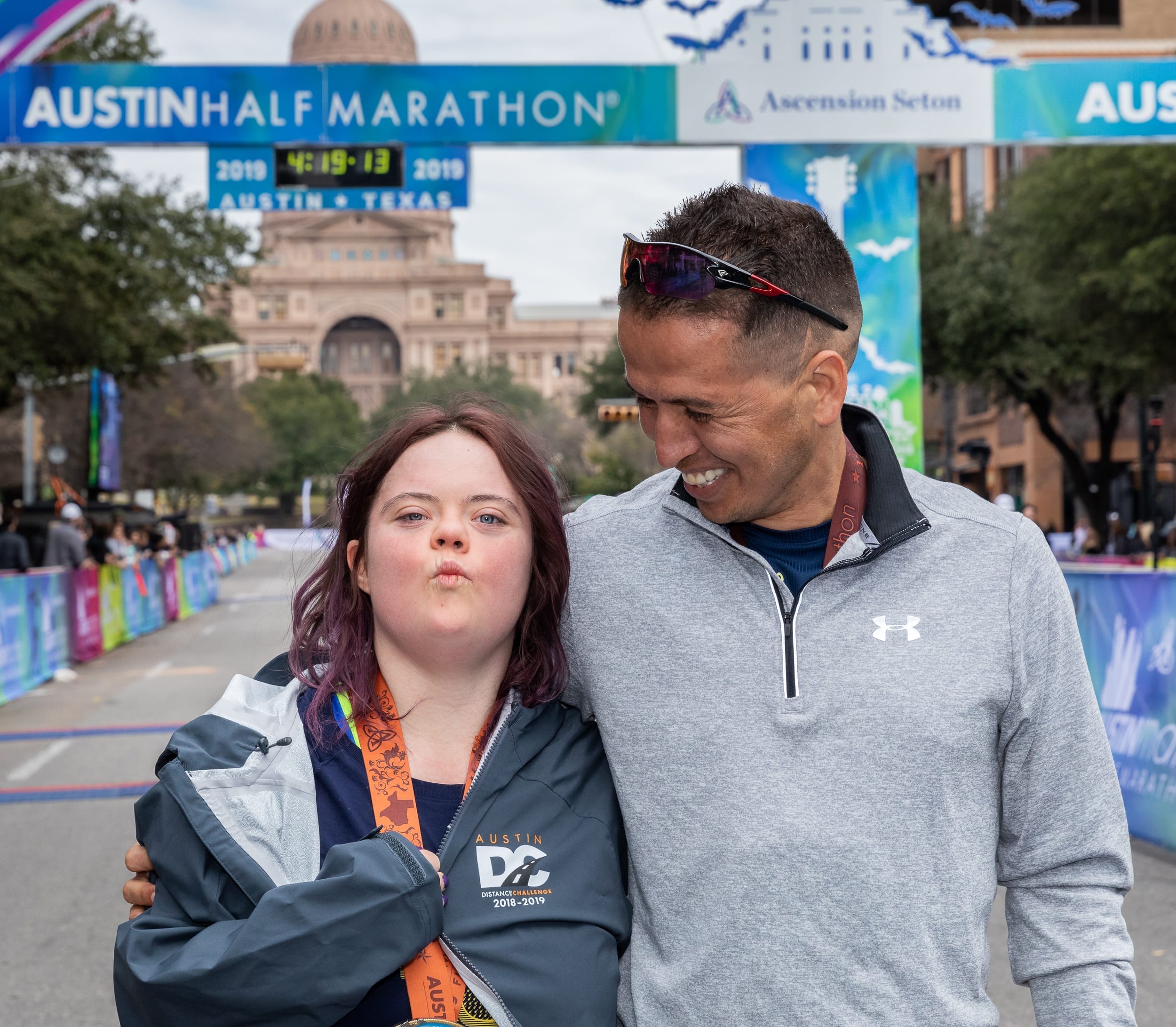 Kayleigh Williamson was surprised with her Austin Distance Challenge jacket at the 2019 Austin Half Marathon finish line.

The start of putting her mark on the world

Kayleigh began running shortly after she was diagnosed with ITP (Idiopathic Thrombocytopenic Purpura – low blood platelets) in 2008. Auto-immune disorders tend to affect individuals with Down syndrome. In 2012, she was diagnosed with hypothyroidism. That was in addition to developing sleep apnea due to her weight and becoming pre-diabetic. In 2014, her diagnoses changed from hypothyroidism to hyperthyroidism (Grave’s Disease).

In 2016, Kayleigh started training for the Austin Half Marathon (her first!) as part of the Austin Distance Challenge. However, along the way, her platelets dropped to a life-threatening level and she had to have her spleen removed. This affected her training due to her recovery. But nine months later, she stood at her first half marathon. That first race took her almost six and a half hours to complete, but she completed it. She did not earn her jacket for the Distance Challenge.

Not earning her jacket did not deter her from signing up two more times for the Austin Distance Challenge. On her third attempt, she earned her jacket. During her attempts to complete the Distance Challenge, she steadily lost weight resulting in the elimination of her sleep apnea. I bet you didn’t know that 22 million Americans have sleep apnea, however surgery isn’t the only option. Often a special mouthpiece can help patients get back to a restful sleep. But also, Kayleigh’s sugar count was back in a normal range and her Grave’s Disease went into remission. She did not develop any new autoimmune diseases and was taken off all medications. In 2019, not only did she earn her jacket, Kayleigh lost a total of 60 pounds. 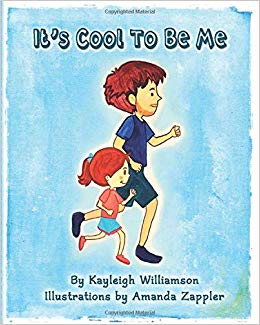 Kayleigh Williamson’s book, It’s Cool to Be Me.

Kayleigh completed her first out-of-state half marathon last April. She helped found Kayleigh’s Club, a nonprofit running group for runners with disabilities. Kayleigh was not raised to use Down syndrome as a reason for not trying something. She was raised to know that there are things she will be able to do just like everyone else (and we celebrate that). Just like everyone else, there will be things she won’t be able to do (and we celebrate that since that means it’s something for someone else to do and we want to cheer them on).

Running has empowered Kayleigh to the point of writing and publishing her first children’s book. It’s Cool To Be Me

is about the experience of her first half marathon. Her first book signing will take place on Thursday, July 11th, in Austin, Texas, at Fleet Feet Austin. Kayleigh is an Athlete Ambassador for the National Down Syndrome Society. She has goals to influence other individuals with disabilities to start running and make healthy food choices.

My Running Story is a series of blog submissions from runners just like yourself. They submitted their inspirational running stories as part of a contest to win an entry of their choice to the 2020 Ascension Seton Austin Marathon. Their stories range from crossing their first finish line to drastic lifestyle change due to running. Everyone’s story is different and unique, impacting them in a specific way. While each story is specific to the author, everyone can resonate in some form or fashion because of the power of running. Submissions will be accepted through July 31, 2020. 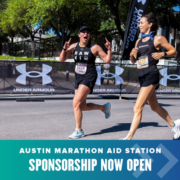 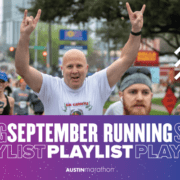 The 2020 September Running Playlist: Music to Your Ears 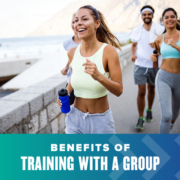 The Benefits of Training with a Group