High Five Events is a unicorn, aka a native Austinite, born and raised in Austin. What began with the launch of a single triathlon in 2003 has now grown into one of the largest privately-owned event production companies in the United States. Meet High Five Events and you’ll see they’re endurance athletes themselves. They know what to expect from a world-class event experience. This fact, coupled with the staff’s 100+ combined years of event experience, is how they produce some of the country’s best events, like the Ascension Seton Austin Marathon, 3M Half Marathon, and Kerrville Triathlon Festival. If you don’t know the crew, take some time to meet High Five Events! 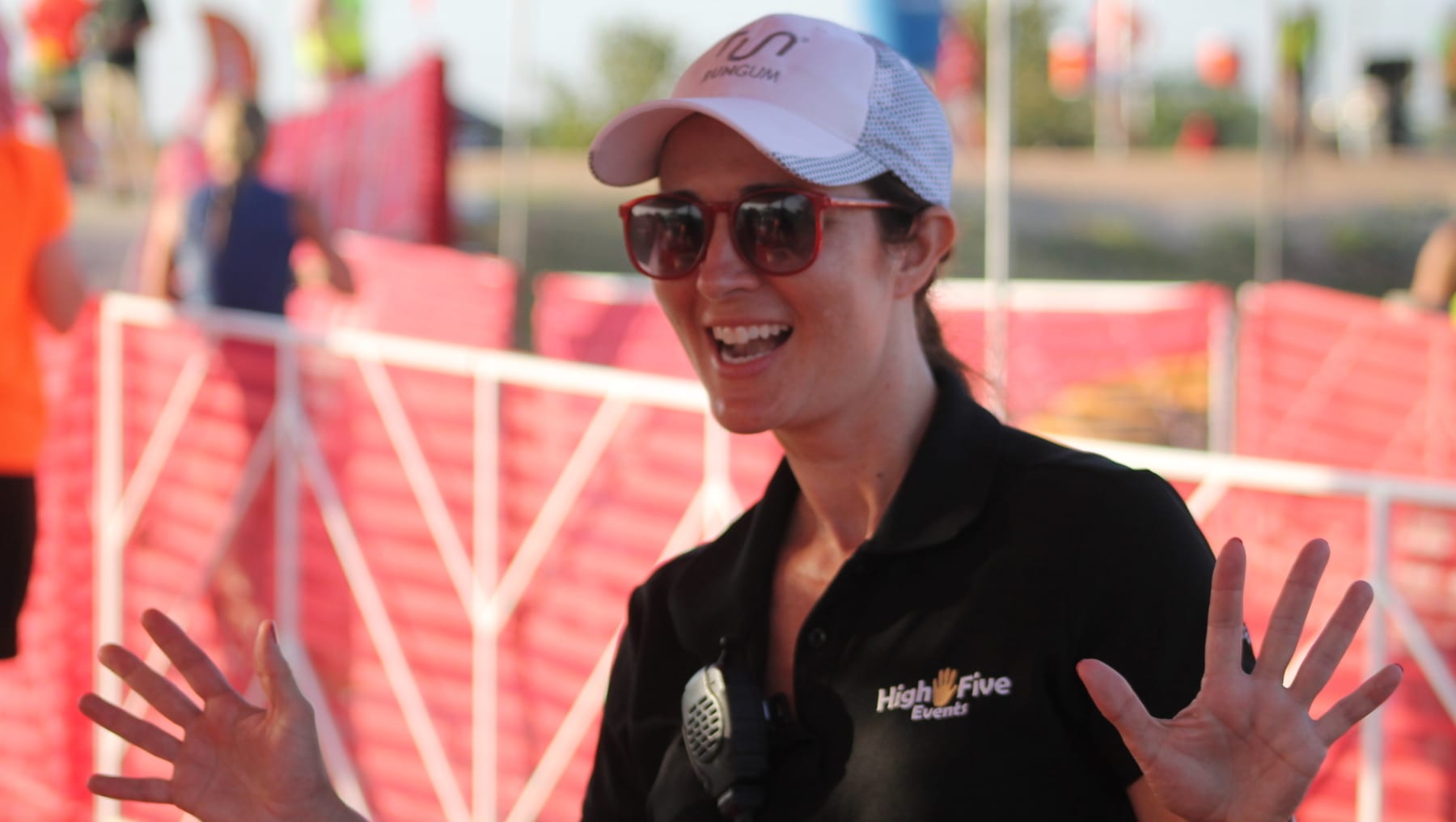 Stacy directed her first 5K/10K while still in high school. She graduated from Tulane University where she helped produce races for a local nonprofit. After moving back to Texas in early 2000, she quickly continued on this path with Jack Murray. They created Jack’s Generic Triathlon in 2003 and Rookie Triathlon in 2004. Many new events followed in the following years. Her eye for design and marketing knowledge keep High Five Events growing and looking towards the future of event productions. Aside from her love of all types of events, Stacy also enjoys learning about natural health and working on genealogy. 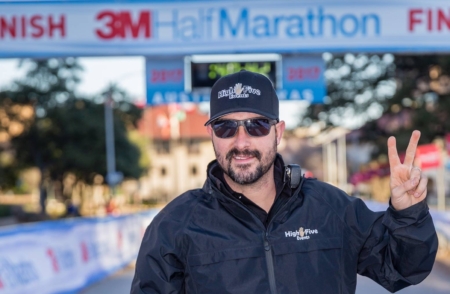 Jack is one of the founding partners of Jack & Adam’s Bicycles, High Five Events, and EventDog.com. From 2003 to 2016, Jack & Adam’s Bicycles was known from coast to coast as one of the main fitness hubs in Austin before selling to Bicycle World in 2016. Jack has been head mechanic for Team USA Triathlon since 2003, traveling around the world as support staff for Team USA. He also serves as Chair of the Board for the Austin Sports Commission. Jack is originally from Sinton. He ran the mile in high school and was a state champion in 1994. After high school, he ran track and cross country at Texas A&M Kingsville. Jack is also a partner in a few fine Austin establishments like Gibson Bar, The Wheel Bar, Burro Cheese Kitchen, TenTen, Devil May Care, and Mayfair. When Jack is not working on one of his many businesses, you can find him out and about with his wife and business partner, Stacy Keese. They’re always enjoying everything Austin has to offer, from running on Town Lake Trail to listening to live music at ACL. 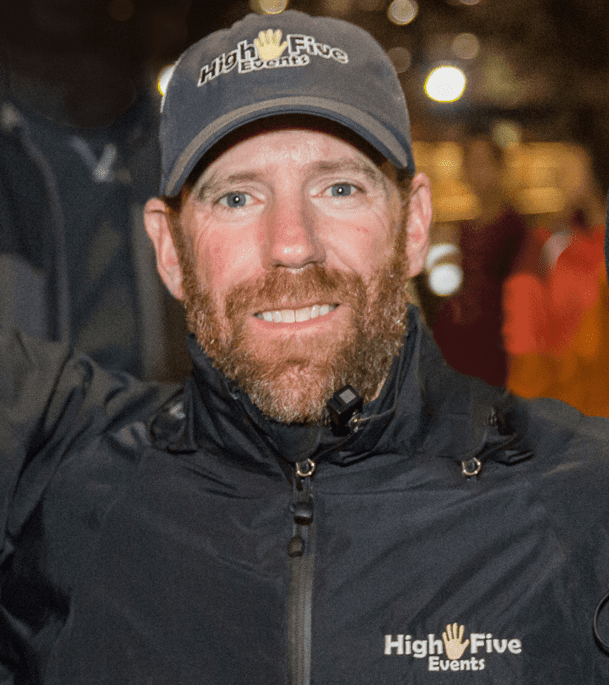 Dan leads the operations team in which he is the master of checklists, course maps, site plans, equipment lists, truck schedules, and signage manifests. He has more than 15 years of full-time experience in endurance event production and has been the certified race director for several hundred triathlons, running races, and bike rides. Dan is USA Triathlon Level 2 Certified Race Director, the highest certification level that USA Triathlon offers. He was one of the first race directors in the country to achieve that certification. Prior to founding High Five Events, Dan worked at Trilogy Software. He has civil engineering degrees from Cornell University and Georgia Tech. Dan loves being outdoors. He spends his free time running, cycling, hiking, and building things with his wife and two daughters. Dan’s personal motto is “Attack the day.” That often drives his family crazy, but it sure comes in handy when setting up a racecourse starting at 1:30 in the morning. 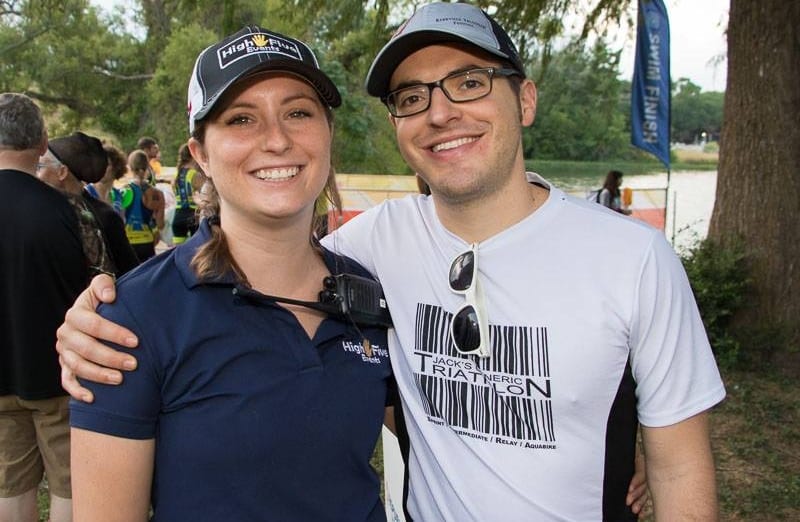 Tina started with the company in 2011 while working at Jack & Adam’s Bicycles. Prior to that, she spent three years managing a local wine bar while obtaining her bachelor’s degree at The University of Texas. Tina loves her job because it inspires others to invest in a healthy and active lifestyle. She enjoys the variety of different events owned and produced by High Five Events and finds adapting marketing strategies to each event’s personality to be a fun challenge. When not working with the best team in the business, Tina enjoys listening to audiobooks, training for triathlons, and playing outdoors with her daughter and husband. 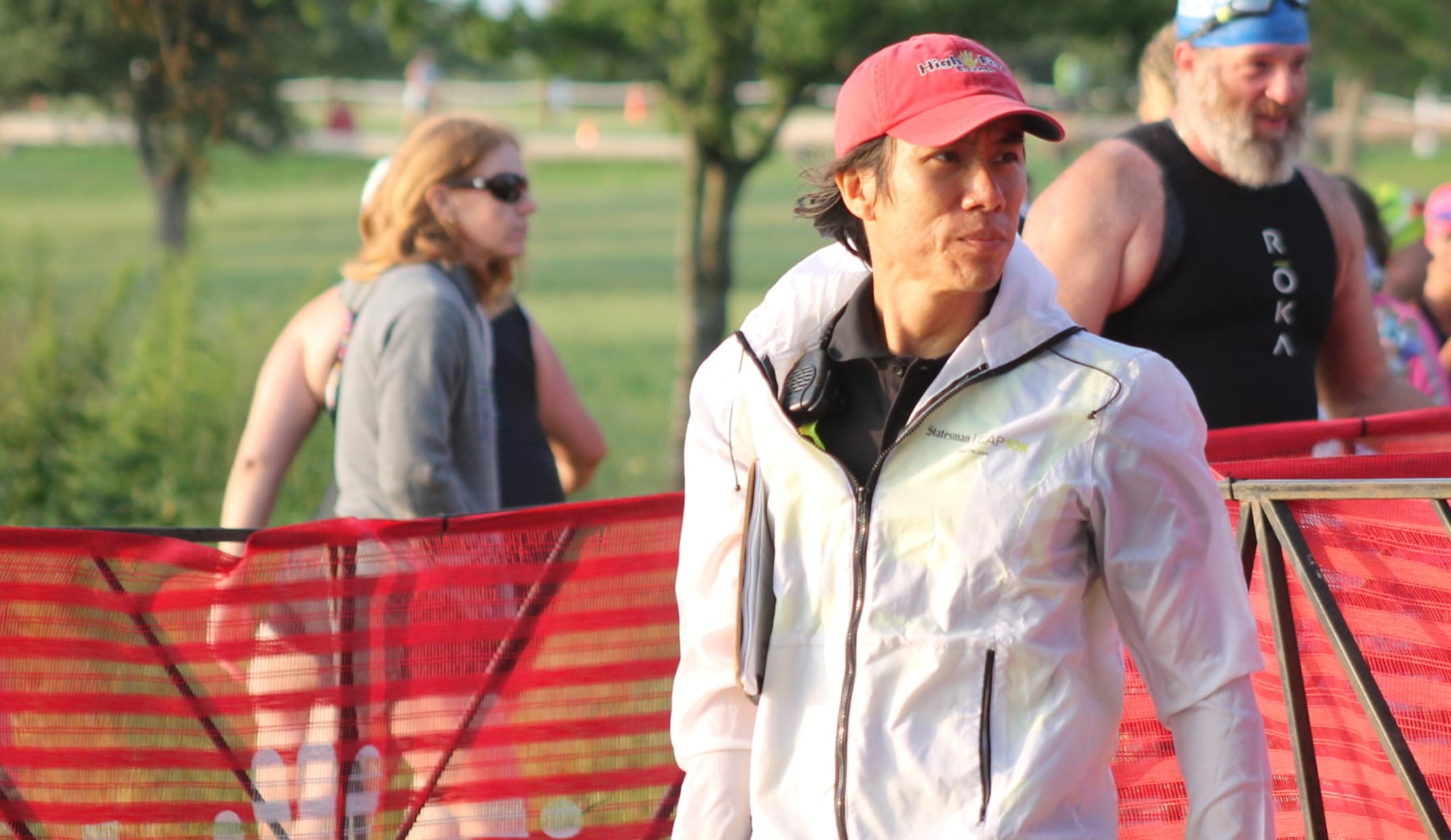 John was born in Canton, China, but got to Texas as soon as he could. He’s been in Austin since 1997. John began his career with High Five Events in 2012 as a part-time employee. He became full-time in 2015 and hasn’t looked back. John has a BS in aerospace engineering, but he never “uses” his degree. He entered the triathlon world in 2007 as a way to get back in shape. Getting in shape via triathlon is what eventually led to his position at High Five Events. John spends his spare time wrenching on his own car. Yes, he still swims, bikes, and runs whenever he gets the chance. 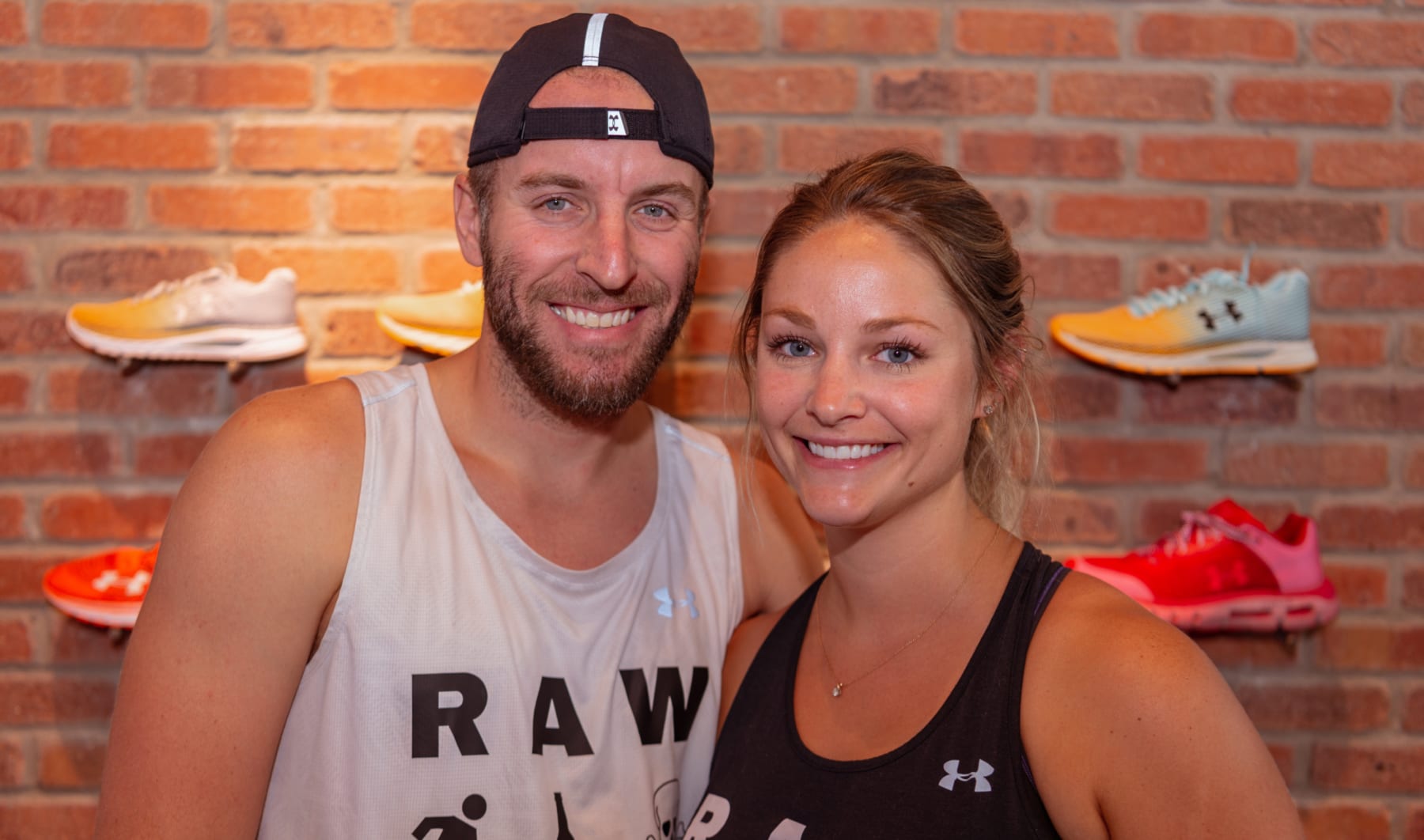 William is an Austinite Unicorn too. He broke into the running scene in 2007 as an intern for the Austin Marathon. He began working with High Five Events in 2016. William has his master’s degree in sport management and bachelor’s degree in mass communication. He has more than a decade’s worth of experience with communication, event, and program management, and media, community, and public relations. William’s role allows him to capitalize on his previous experience, utilize both degrees, and tap into his outgoing personality. He is a medium runner (shoutout to RAW Running), vinyl connoisseur, Cheesehead, and amateur backyard pitmaster. William and Megan, his stunning wife of nearly three years, and Napoli, their 8-year-old blue heeler, live in south Austin. 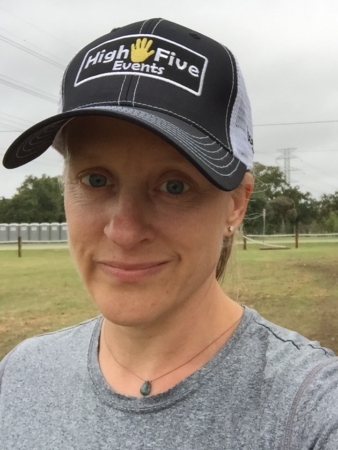 Before Emily started with High Five Events, she admired it from afar for many years from multiple perspectives. She worked on the sponsor side as an event manager for Clif Bar; participated as an athlete, 2014 Rookie Tri was her first triathlon; and joined the part-time operations crew working the run and bike courses and managing the aid stations for three seasons. Emily became the full-time Athlete Services Manager in the spring of 2017. She thoroughly enjoys interacting with athletes and helping them get ready for race day! And she’s honored to work side-by-side with such a dynamic team of brilliant, hands-on, work-your-butt-off team members. When Emily isn’t working, she watches her husband fence (with swords), endures his relentless telling of puns, or watches him and their 12-year-old build computers. They also LOVE taking their dogs on hikes around the Austin. 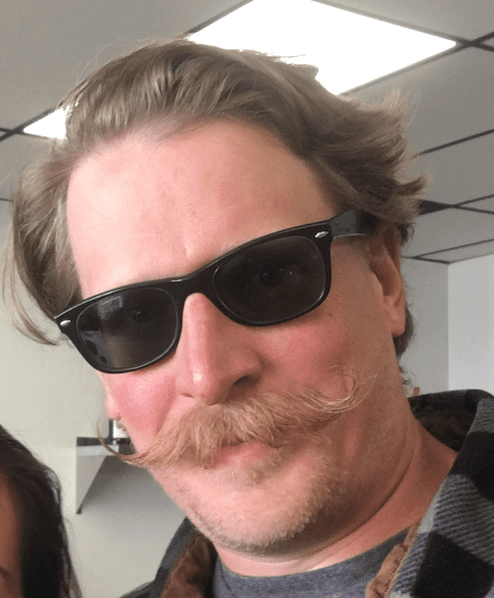 Scott and his sweet handlebar moustache have been with High Five Events since September 2017. He was born in Mesquite, Texas, and was all-state track and cross country and Poteet High School. He also graduated from Texas Tech University where he ran on the track and cross country teams for two years. In his free time, Scott plays hockey, rides his motorcycles, listens to podcasts, and hikes with his Chocolate Lab Milo. His favorite professional sports teams are the Dallas Stars and San Fransisco 49ers. 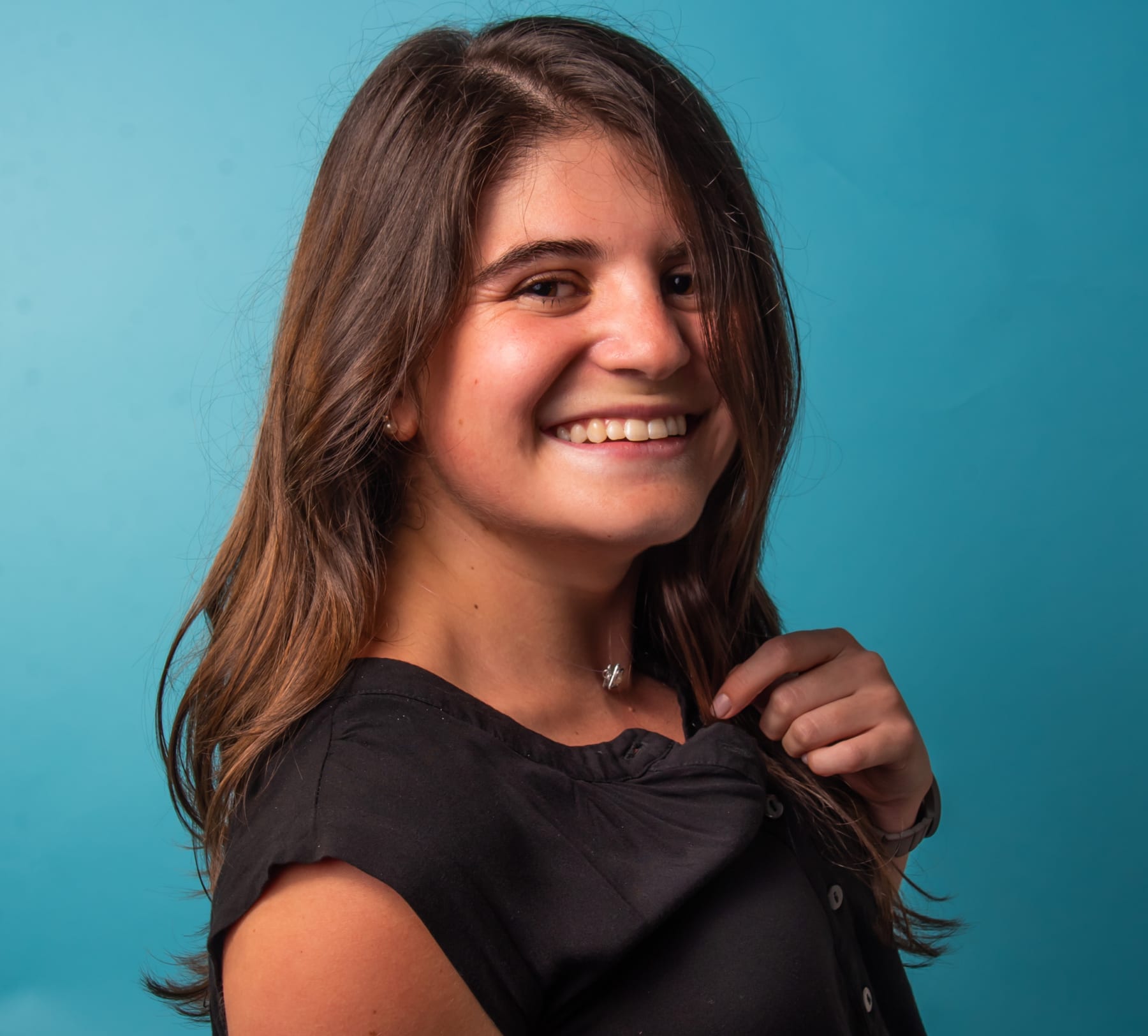 Laura has been the Volunteer Manager at High Five Events since 2018. She was born in Bogota, Colombia, and moved to Austin after graduating from high school. Throughout middle school and high school, Laura was fortunate to learn four languages and experience different cultures. She’s currently finishing her master’s degree in recreation management. If she’s not studying or working she’s likely working out, reading, eating ice cream (Amy’s Ice Cream sweet cream with rainbow sprinkles is her jam), or taking a nap. 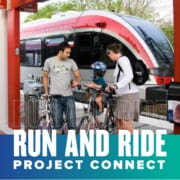 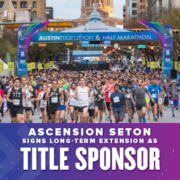