The Ascension Seton Austin Marathon presented by Under Armour donates $22,780 to Paramount Theatre. The donation, in conjunction with Austin Marathon weekend, has increased annually since High Five Events took over in 2017. Nearly 2400 participants registered for the KXAN SimpleHealth 5K benefitting Paramount Theatre. A portion of their registration fee supports the historic Austin theatre and its educational programs. The 5K is a part of Austin Marathon weekend and is the only 5K to run on historic South Congress Avenue. 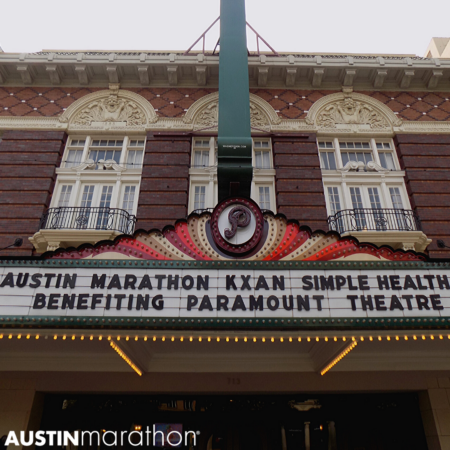 “We are thrilled to continue this partnership and be the recipient of funds from the KXAN SimpleHealth 5K. The funds from this event support our Education programs serving over 22,000 students each year. Performing, experiencing and learning through the arts helps all young people have the creative confidence they need to be successful in their communities,” said Maica Jordan, Chief Development Officer. “These funds have immediate and enormous impact on our ability to serve the students most in need. Thanks to all who participated in the 5K and we look forward to seeing you all again next year.”

About the Paramount Theatre

Inspired by the power of the arts to change lives, the Paramount Theatre strives to engage all Central Texans through extraordinary live performances and films, to ignite the intellect and imagination of our youths through Paramount Education programs, and to ensure the preservation of the crown jewels of downtown Austin. Constructed in 1915 and listed on the National Register of Historic Places, the Paramount Theatre is one of the world’s few surviving examples of a fully operational early twentieth-century vaudeville theatre. More than 250,000 guests attend performing arts events, concerts, film, and talks downtown each year; the Paramount is a principal venue for the SXSW Film Festival, the Austin Film Festival, the Moontower Comedy Festival, and the Summer Classic Film Series.

“The historic Paramount Theatre has a massive impact on Austin through its shows, community engagement, and educational programs,” said Jack Murray, co-owner High Five Events. “We’re excited to grow our partnership and proud to continue our support for the Paramount through the KXAN SimpleHealth 5K.”

The Austin Marathon will celebrate its 30th year running in the capital of Texas on February 14, 2021. Austin’s flagship running event annually attracts runners from all 50 states and 35+ countries around the world. The start and finish locations are just a few blocks apart. They are within walking distance of many downtown hotels and restaurants. The finish line is in front of the picturesque Texas State Capitol. The Austin Marathon is the perfect running weekend destination. Registration is currently open. 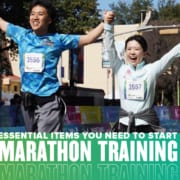 How to Pick A Training Plan 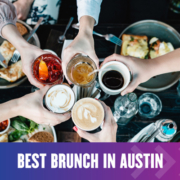