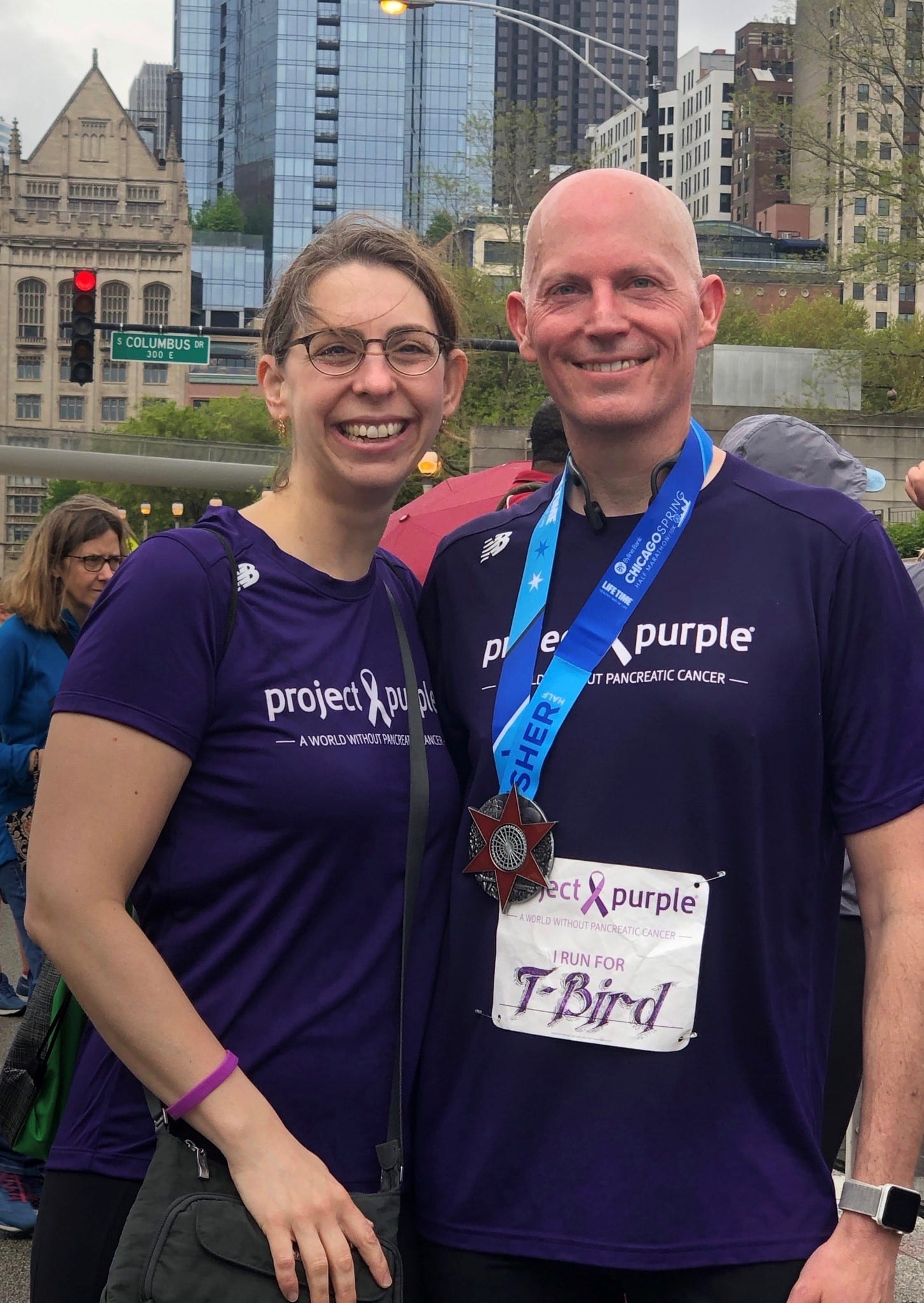 Tom and his wife, Laura, after running a race for Project Purple.

Everyone runs for a reason. Sometimes you run for yourself, sometimes you run for others, sometimes you run for a cause. Like many runners, Tom Hamann does all three. Tom runs to improve his health. He runs to honor his father’s memory. And he runs to end the disease that took his father (TBird), pancreatic cancer. Read Tom’s edition of My Running Story and learn why he lends his legs and his miles to a cause that’s near to his heart. Lend your legs and miles during your Austin Marathon training when you run on behalf of an official Austin Gives Miles charity.

Running to honor his father’s memory

In 2016, my dad – who I always referred to by his nickname “TBird” – was diagnosed with pancreatic cancer. I started running soon after. It helps keep me positive and healthy. Last February, I planned to visit TBird in Austin with my wife Laura and our boys Max and Joe. We live in Michigan. I thought this might be our last visit with my dad. I signed up to run the Austin Marathon 5K during our visit. My boys were registered for the Manzano Mile. 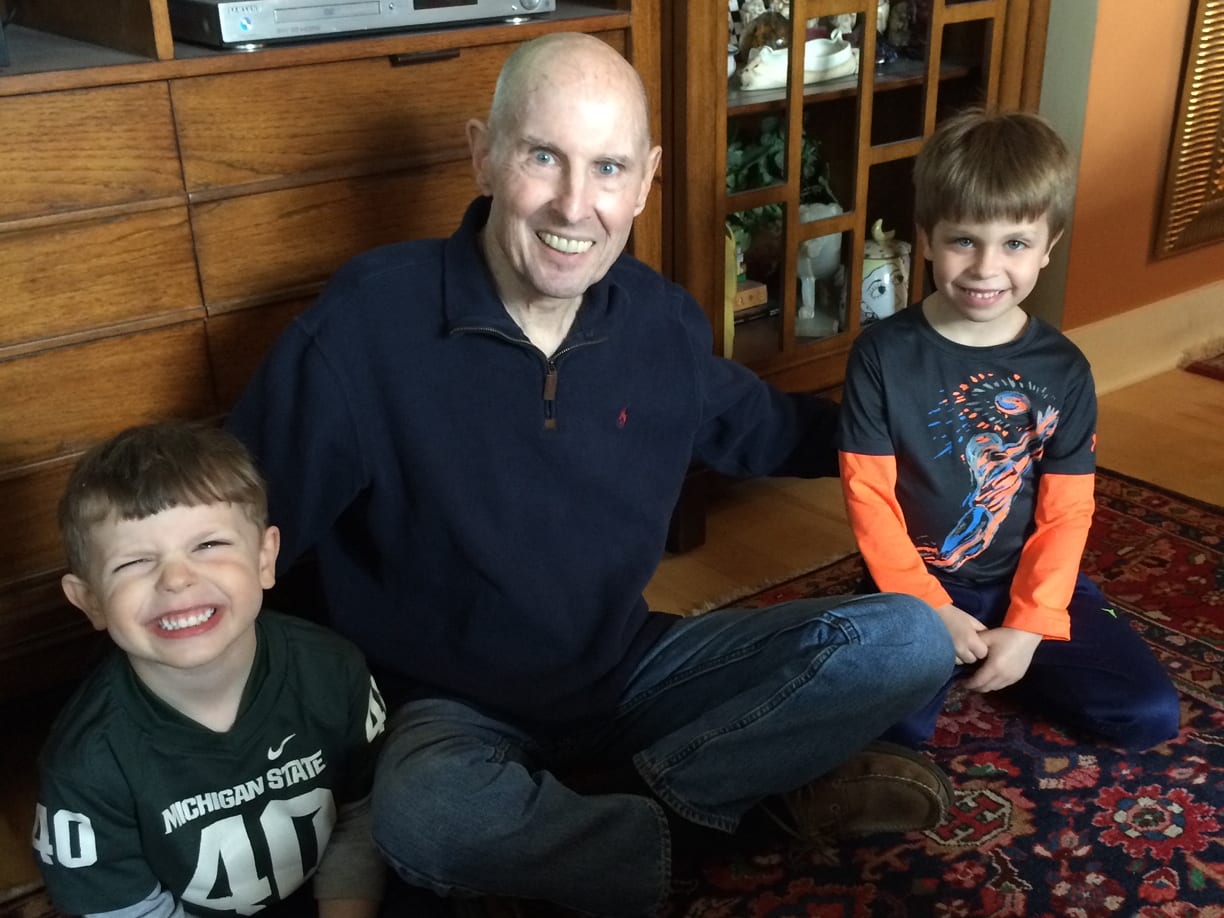 My dad didn’t make it that long. He declined rapidly the weekend before the race. Laura and I flew down right away to be with TBird. We were with him when he died on February 14, 2019. Worst Valentine’s Day ever. I decided to run as many events as I can to help raise money for pancreatic cancer charities. I’m doing this in my dad’s name and to help others suffering from this terrible disease. In May 2019, I did my first half marathon in Chicago, running for Project Purple.

My family is coming back to Austin to honor my dad on the first anniversary of his passing – Friday, February 14th. Max and Joe are going to do the Manzano Mile on February 15. I will run the Austin Half Marathon on February 16th. We’re excited for this trip back to Austin; I just wish my dad were still here to join in the fun.

My Running Story is a series of blog submissions from runners just like yourself. They submitted their inspirational running stories as part of a contest to win an entry of their choice to the 2020 Ascension Seton Austin Marathon. Their stories range from crossing their first finish line to drastic lifestyle change due to running. Everyone’s story is different and unique, impacting them in a specific way. While each story is specific to the author, everyone can resonate in some form or fashion because of the power of running. Other My Running Story submissions include Kayleigh Williamson, Kirsten Pasha, Michael Coffey, and Samantha Santos.

5 Reasons to Run Austin as a Corporate Team 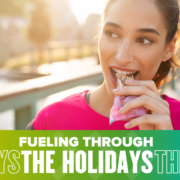 How to Fuel Your Training During the Holidays

6 Awesome Austin Places You Can Visit On the Marathon Course

Running in the Rain: 7 Tips That’ll Make it More Fun
Scroll to top